Schools and the social divide 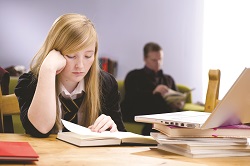 Academies are schools which used to be run by the local authority and become independent schools, but are still funded by the state and subject to certain controls.

It has been suggested that academies have greater autonomy over the selection of pupils and are now carefully picking which they accept, so creating greater segregation between pupils from rich and poor homes than those schools still run by local authorities.

Generally, schools converting to academy status have not done so with great fanfare.  Most have their own reputation and strong ethos already, and although they wish to be able to have the option to make the most of the best aspects of academy status, do not wish to change the way they work or the local communities they are supported by just for the sake of change.

In some areas of Essex almost all of the formerly local authority-run secondary schools now have academy status.  Indeed over two thirds of secondary schools across the country are now academies, with primary schools following closely, so it would seem to be difficult in practice for schools in academy-heavy areas to be able to only take on the ‘best’ or the wealthier pupils.  Teachers and governors seem to be at pains to ensure that pupils and their communities (rather than just league tables and numbers) come first, but perhaps we are on the whole just fortunate in this area.

The contents of this article are intended for general information purposes only and shall not be deemed to be, or constitute legal advice. We cannot accept responsibility for any loss as a result of acts or omissions taken in respect of this article.

How to deal with insolvency in divorce proceedings

In the UK there are two legal definitions of insolvency. The first is where an individual or...